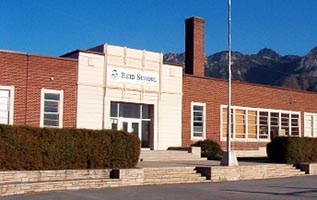 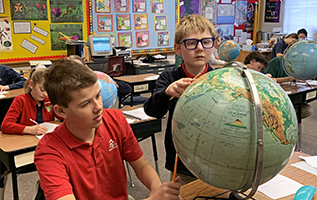 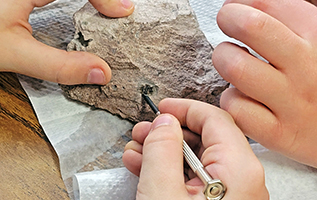 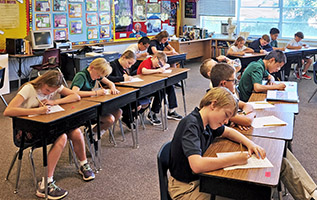 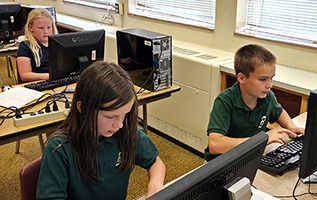 Teachers sit down for a luncheon served in their honor for Teacher Appreciation Day.

Mr. M. Gardner Reid is the principal of Reid School in Salt Lake City, Utah.  He was previously the assistant principal, and has been and continues to be a teacher of the Broadcast Studio and Single Camera Productions classes at Reid School as well as the chess coach for many years.  In addition to his work for Reid School he is also the vice president of Great Basin Educational Services Corporation (GBESCO), which manufactures student notebooks for school districts; the manager of Reid Ranch Resort, a guest ranch in the Uinta mountains; and a business owner and producer of Beehive Video Productions.

Mr. Reid is proud to continue the legacy of his mother Dr. Ethna R. Reid, founder of the Exemplary Center for Reading Instruction (ECRI), and continues to use ECRI as the main reading and teacher development program at Reid School.

Dr. Mervin R. Reid, president of Reid School Inc., received a bachelor of science degree in Biology, a master of science degree in Zoology, and completed his class work and much of his research for a doctor of philosophy in entomology when he was appointed to an administrative position in the field of public health.  Following his appointment in public health, he changed his studies and received a Doctorate of Public Administration from Nova University, Fort Lauderdale, Florida.

Dr. Reid served as administrator of environmental services in the Davis County Health Department and director of the Bureau of General Sanitation, Utah Department of Health, and has authored many of Utah’s regulations and booklets pertaining to environmental health.

Active in community affairs (especially honored for his work in the Boy Scouts of America) and owner of Reid Ranch, a guest ranch that serves large groups, Dr. Mervin Reid lends his expertise to students and teachers at Reid School.  Students address him as “Mr. Dr. Reid.”

Teachers at Reid School have teaching certificates and excellent backgrounds in education, are well qualified for their positions, have received specialized in-service to teach at Reid School, and are dedicated to their students’ education.  They have attended university classes to learn to use ECRI, KRS, and Enriching a Child’s Literacy Environment (ECLE) – another validated U.S. Department of Education program.  Reid School staff members recognize the importance of communicating and collaborating with parents.